Self-exam: Do you really know about your lady parts? 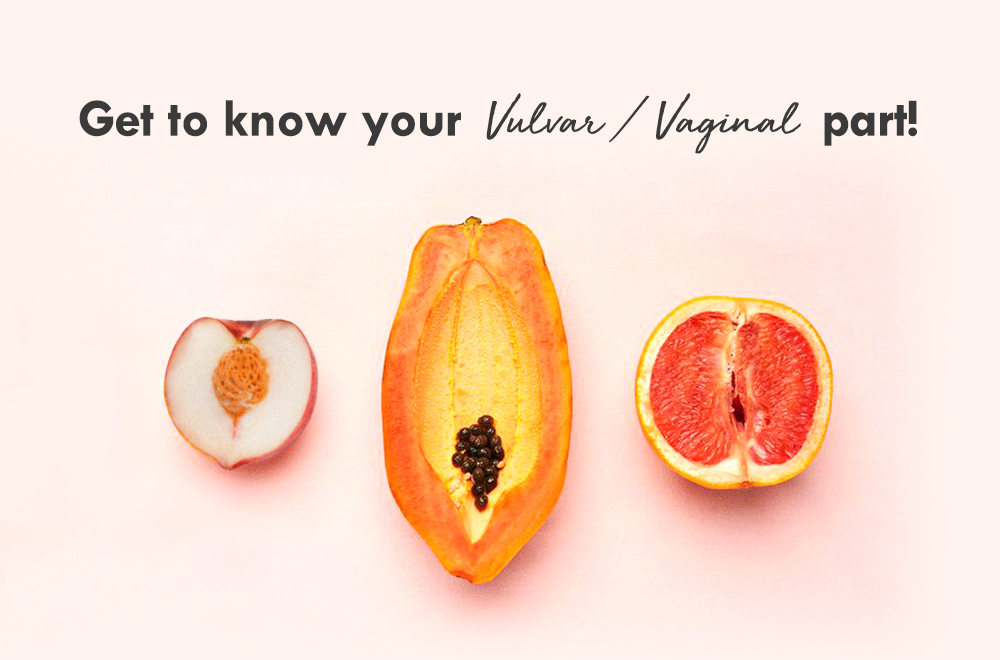 These are the common ways of calling the area “down-there” (female especially). However, do you really know what an intimate area consists of?

Let’s take a closer look at female genitalia and make sure you do not call these organs wrong next time! 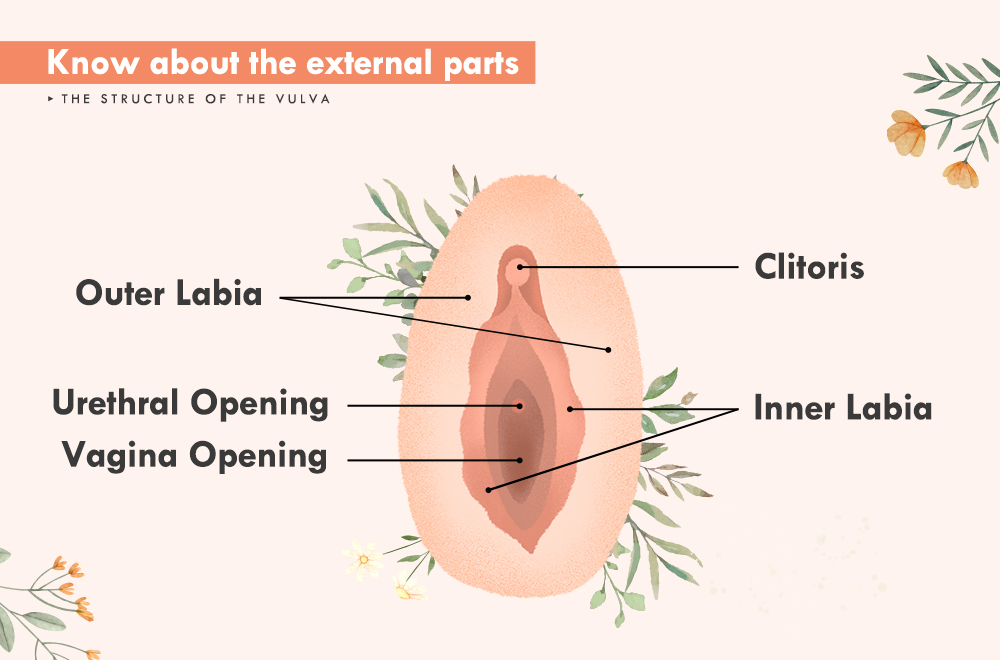 The external parts of a female’s genitals are also known as “the vulva”, which includes several parts.

“Labia” also refer to lips in Latin. The labia include 2 parts which are labia majora and labia minora, and the labia are folds of skin around the vaginal opening. The labia majora (outer labia) are the larger lips that are usually covered with pubic hair. On the other hand, the labia minora (inner labia) are the smaller lips that are inside your outer lips.

Everyone has different shapes of the labia, some can be shorter or longer, and others can be lighter or darker. With regard to the shape of the labia, we will have more discussion of it later.

The urethral opening is located above the vaginal opening, which is the tiny hole that you pee out of.

The vaginal opening is where menstrual blood flows out from and babies are born. 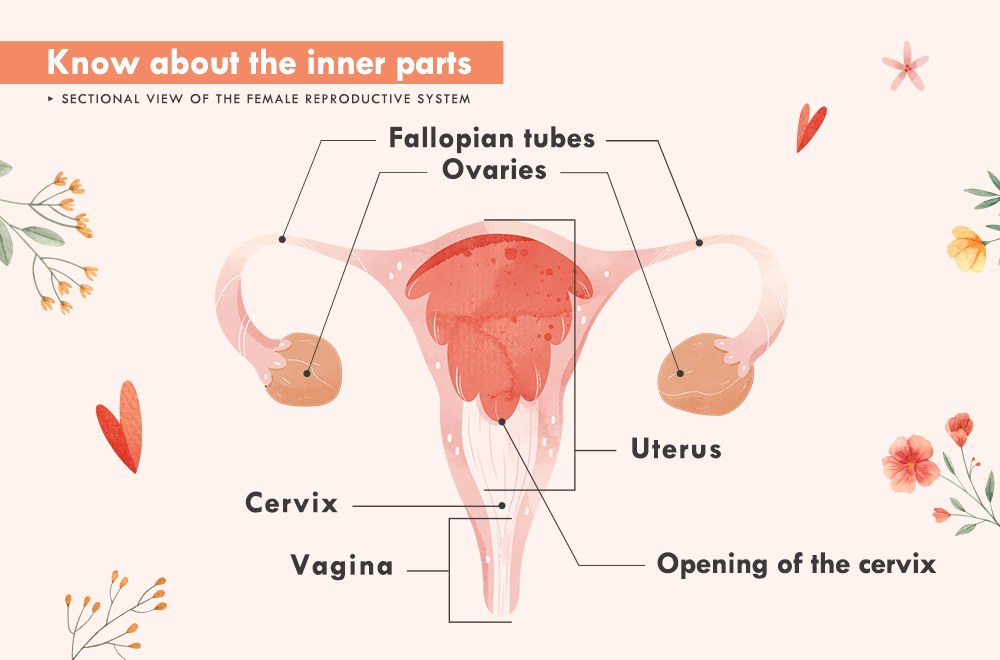 After knowing the external parts, the inner parts also matter! The internal reproductive organs contain several parts which include:

The ovaries are the places that produce eggs and hormones, and it is attached to fallopian tubes. Normally, one female is born with two ovaries.

The cervix is the lower part of the uterus. It is connected with the vagina, and the position of the cervix varies for each female.

The vagina is the canal that connects the vulva (the outer parts of the intimate area) with the cervix. The vagina is the pathway for babies to exit during birth as well as menstrual blood exits through during your period. The size of the vagina varies with an average length of around 2.5 to 3 inches.

Never expect them to be the same! 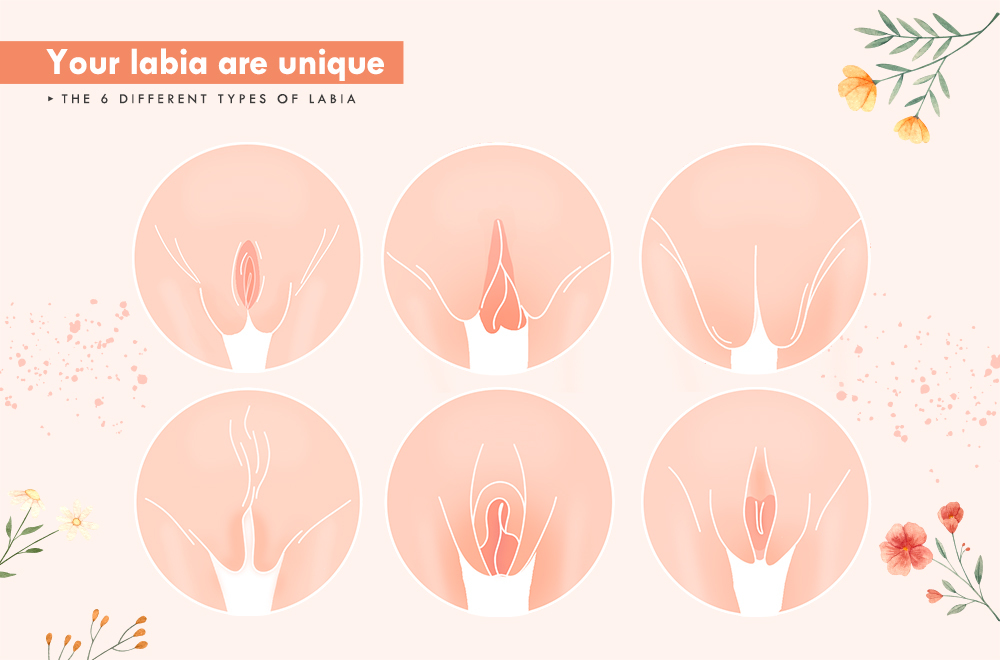 The shape/look of your vagina can differ! Girls, do not think it is an abnormal thing. It’s absolutely normal to have different types of vaginas in terms of shape, size, and color.

The inner lips are longer than the outer, which makes the labia minora extend below the labia majora. There a different degree of this protrusion, which can differ person by person.

As the opposite of the above type, some females can have longer outer lips, which the outer lips can be either full and puffed up or thin and slightly looser.

The labia minora are completely covered and hidden inside the outer lips.

Contrary to the above type, this type of vulva has the labia majora set further apart with the labia minora can be visible.

The type of vulva typically exposes the labia minora thoroughly with the labia majora.

Do you now have a clearer idea of what is going on "down-there"? Knowing yourself is the beginning of self-love. Girls, so do not be afraid of the difference it might look, do embrace how it looks. Every vagina is unique.